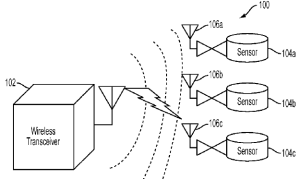 Eliminate interference at the tag, not at the reader.

Radio-frequency identification (RFID) systems transmit data wirelessly between a reader and a tag/sensor attached to an object.  The purpose is to identify and track the object, and sometimes to collect and transmit information about the object’s environment.

The tag may either be “active”, having its own source of power, or “passive”, relying solely on the RF energy emitted by the reader to generate a response signal.  Each system has advantages is certain applications.  In general, passive tags are much smaller, cheaper and last longer.  One the other hand, because all of the tags within a vicinity respond when the reader emits an interrogating signal, multiple tag signals interfere with one another and may be difficult for the reader to separate.

END_OF_DOCUMENT_TOKEN_TO_BE_REPLACED 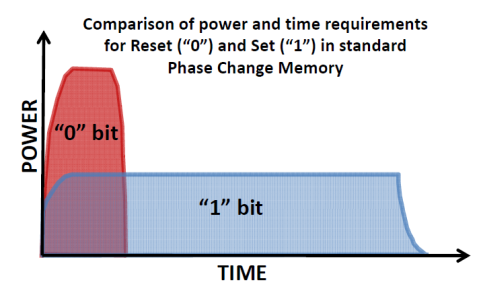 It is predicted that by 2018 computers will be capable of a billion billion calculations per second.  That means they will require 1000 times more memory than is available today.  One essential type of memory, DRAM, is reaching its performance limit for energy efficiency and transistor scaling.

Phase Change Memory (PCM) is a leading contender to replace DRAM.  It outperforms in both power usage and scalability and, unlike DRAM, PCM stores data permanently instead of losing it if the power goes out.  This is similar to other permanent memory devices, like the familiar flash drive, but PCM is more reliable and over 100 times faster than flash.

However, PCM has a major weakness: slow data write speed.  This is due to characteristics of the chip material that cause writing a “1” data bit to be slower than writing a “0” bit.  So the speed of writing a bit sequence is always limited by the ones present.  The chip also requires more electrical current to write a zero than a one.  As a result, the zeros present limit the number of PCM cells that can be written concurrently. END_OF_DOCUMENT_TOKEN_TO_BE_REPLACED 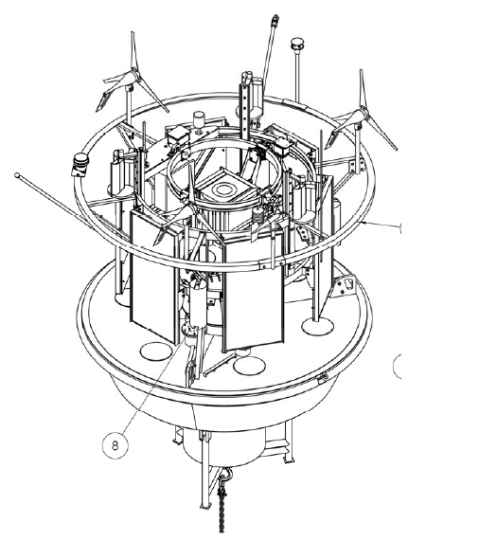 Analyze Samples in the Classroom, Lab or Field with this Portable Fluorescence Spectrometer

This portable, durable, inexpensive florescence spectrometer has a variety of potential applications, including the following:

END_OF_DOCUMENT_TOKEN_TO_BE_REPLACED 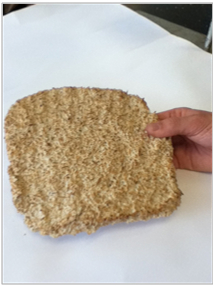 By replacing commonly used formaldehyde-based resins with a new type of binder,  researchers at UMaine have developed fiber board building material that is nontoxic, made entirely from renewable materials and is 25% stronger than currently available products.  The new binder includes cellulose nanofibrils (CNF), which are wood fibers about 200 micrometers in length and 30 nanometers wide.  The CNF is manufactured using a UMaine proprietary mechanical process that is free from harmful chemicals or additives.

END_OF_DOCUMENT_TOKEN_TO_BE_REPLACED 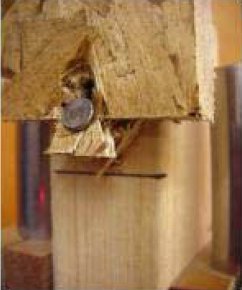 When stressed, oriented strand board (OSB) panels tend to fail along the edges and at nail sites, particularly if the panel has gotten wet.  This technology presents a system for waterproofing and reinforcing panel edges.  The reinforced edge improves fastener performance and reduces the edge swell and weakening caused by moisture exposure.  Reinforced edges strengthen the panel by up to 20%.

END_OF_DOCUMENT_TOKEN_TO_BE_REPLACED

The Modular Ballistic Protection System (MBPS) provides soldiers with enhanced ballistic protection where it never existed before – in their tents where they work, eat, and sleep.  The system consists of composite ballistic panels that are mounted to the inside of the tent frame using an energy-absorbing connection system.  Requiring no tools, the MBPS can be used to up-armor a 20ft x 32ft tent in less than 30 minutes with 4 soldiers.

Bridge in a Backpack®

The Bridge-in-a-Backpack is a lightweight, corrosion resistant system for short to medium span bridge construction using FRP composite arch tubes that act as reinforcement and formwork for cast-in-place concrete. The arches are easily transportable, rapidly deployable and do not require the heavy equipment or large crews needed to handle the weight of traditional construction materials.

To date six Maine bridges have been built using the Bridge-in-a-Backpack technology. Several bridge projects are planned for 2012 throughout New England and beyond.

Additional US and International Patents Pending

A stable, aqueous barrier coating composition includes: (a) prolamine; (b) cold water insoluble polymer; (c) water; (d) water-soluble co-solvent; and (e) stabilizer. The composition, when applied to a substrate, produces an article having a high surface energy and resistance to oil and grease penetration. A method of producing the article involves applying the composition to a substrate.

A microscopy system is configured for creating 3D images from individually localized probe molecules. The microscopy system includes a sample stage, an activation light source, a readout light source, a beam splitting device, at least one camera, and a controller. The activation light source activates probes of at least one probe subset of photo-sensitive luminescent probes, and the readout light source causes luminescence light from the activated probes. The beam splitting device splits the luminescence light into at least two paths to create at least two detection planes that correspond to the same or different number of object planes of the sample. The camera detects simultaneously the at least two detection planes, the number of object planes being represented in the camera by the same number of recorded regions of interest. The controller is programmable to combine a signal from the regions of interest into a 3D data.